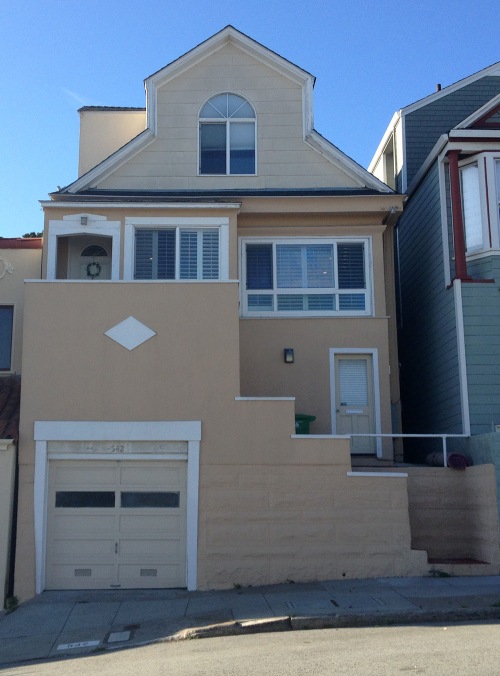 I first met this awkward little Glen Park house a few years ago, when the owners brought me in to design a large addition. Things went on hold for a while but last year we picked up where we’d left off.  By then the program increased and it became a truly to-the-studs project.  It’s in the early stages but we’ve got some great things in store for this house.

The house had been added onto and reconfigured several times over the years. It needed help: once inside the front door you walked directly into the dining room table; the top floor was composed of 2 pinched bedrooms; and the first floor was barely 7′ tall.

Being that the house sat against a steep hill, it was a vertical 3 stories + basement at the front and 2 at the rear. It would benefit from excavation to capture additional space within the hillside, so the first step was to start digging..

The original garage was a narrow bunker; the new garage level would become full-width. As the layers of house were peeled away, evidence of cheap fixes were found, seen below: no longer need a door? don’t bother to remove it, just enclose it in the wall. have an extra crate lying around? use it for wall framing. ran out of plywood subfloor? cardboard is just as good. 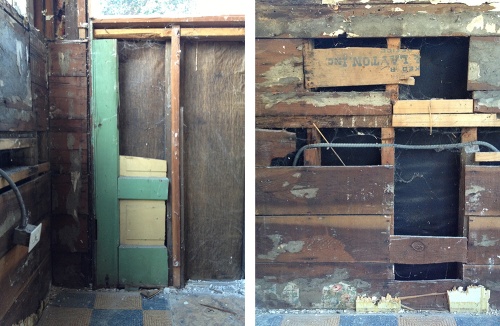 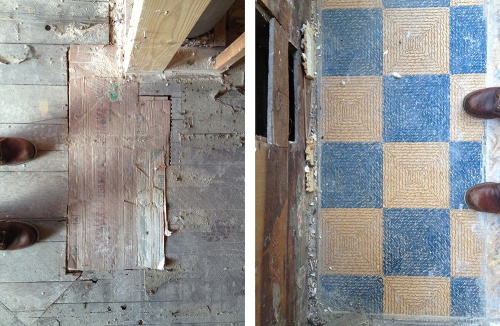 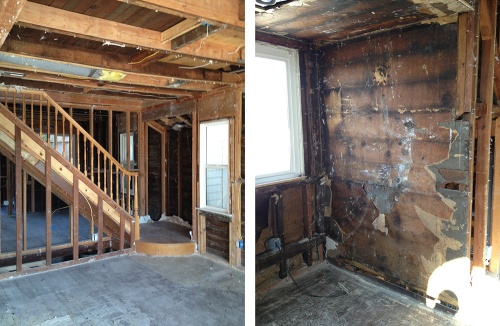 The house will expand in all directions, up, sideways, backward, down. At the front, the existing 21+ steps to the front door will be cut in half, by entering at the lower level. Less of a climb with groceries, et!

As we dug down and removed a small rear room, the house showed its true colors. 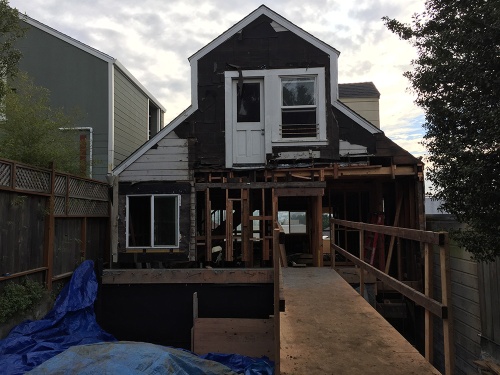 Soon after, concrete was poured in the area of the rear addition.

It will be nice to be able to walk out of sliding doors to the existing rear garden.

Sunlight streams in from the south-facing arch window one last time, now already removed after this photo was taken. It’s a view and precious light worth capturing, and we’ll be doing that with a larger bank of windows as we proceed through this remodel.  Stay tuned, more to come!