Here is a typical ‘railroad flat’ Victorian house in Noe Valley.  The house is nestled among a tight old neighborhood with close neighbors and a narrow, 20′ wide lot. As seen below, the house had a full, unfinished attic – and good views of Twin Peaks and Sutro Tower in the distance.

Check out the spooky, dark attic. So much potential. The photo below was taken after the chimney was removed so there is some light coming in, but the first few times we went up it was pitch. Always a gamble what you may find…animals? bodies? box of money? 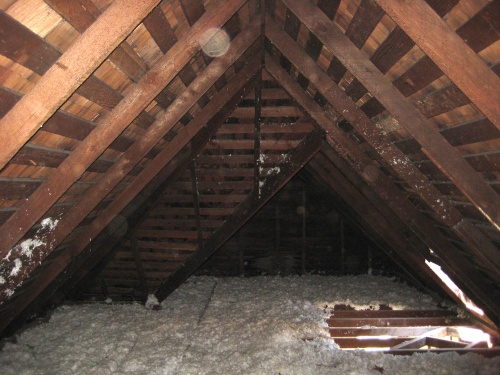 At the back of the house was a tiny flat-roof room addition housing a pink-painted kid’s room.  Not many windows in the box, creating a huge blank wall above the rear garden.

Otherwise the house was in a limbo retaining some Victorian elements and halfway decent updates. 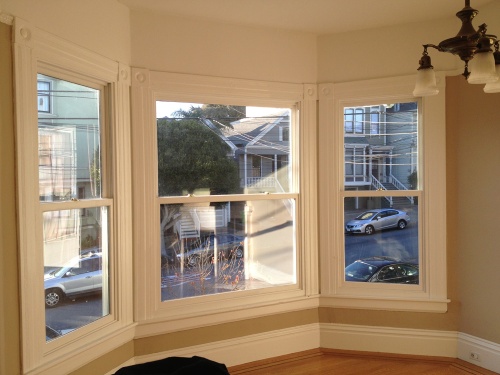 That’s possibly the world’s smallest island in the kitchen!  Aww.  I met the new owners the day after Thanksgiving last year and learned of their quick timeline. A full, to-the-studs remodel was in order! 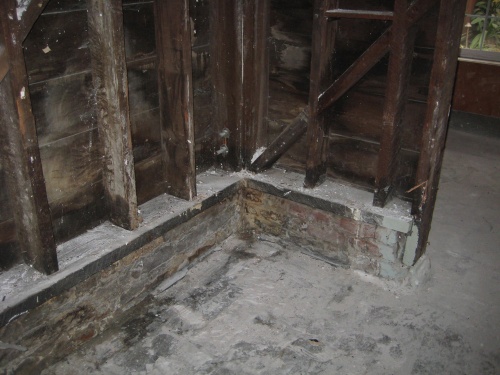 Something else I should point out is the existing brick foundation, on which the house was sitting but was not actually connected to in any way other than gravity!  Yes, the house was not bolted to the foundation at all. It could hop right off in a sharp earthquake. In order to create new living spaces at the basement level, we would have to replace the brick with concrete – a huge ticket item, something not immediately visible and would take up a lot of the budget. 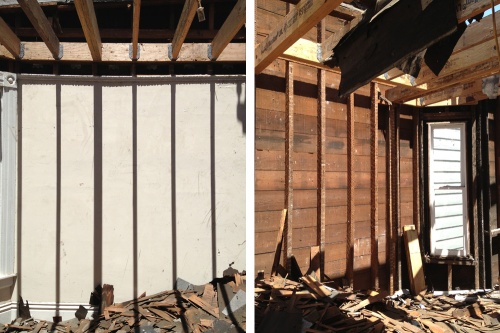 The permit was obtained quickly by avoiding the dreaded, 9-12 month ‘neighborhood notification’ process.  We could add dormers and expand into the attic and basement but no major additions.  Demo began as soon as we had a permit.

The house started to open up. 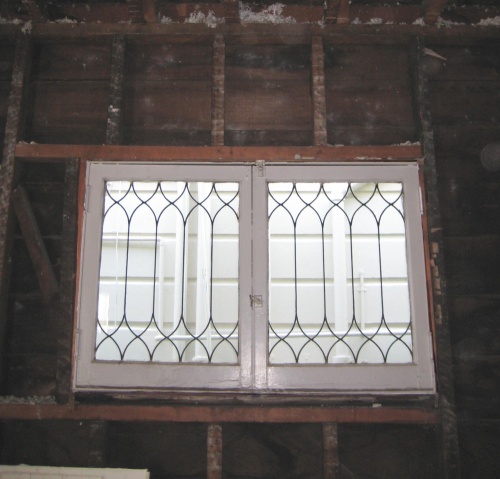 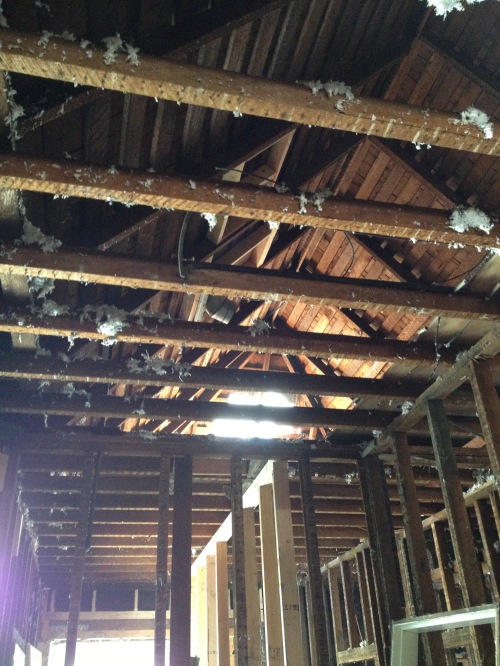 The house feels spacious now with the attic and ceiling opened up.  In order to achieve living space within the former attic, we planned to drop the entire ceiling (since we had a generous 10′ height) of the main level. 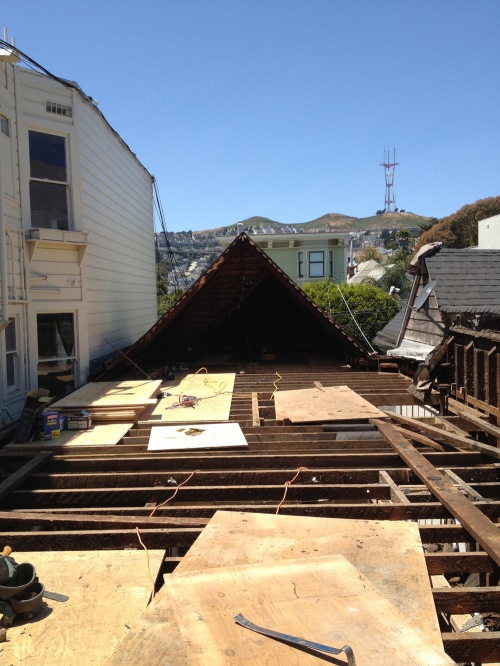 And just like that the roof is GONE! Except for the front 15′ feet. The contractor said the neighbors were looking out their windows wide-eyed. Seems so bright and spacious up here. Initially the owners wanted to create a small deck up there but I encouraged them to actually use the attic footprint for living space – it will be uniquely shaped with the angled roof but worth it.

A rendering of the house (on the right with mirror twin on the left) showing the new dormers at the roof level. Stay tuned – more to come!

These aren’t quite dormers by the book definition, because they aren’t protruding from a roof.  They are probably considered bay windows, but their roofs do intersect the main house roof above.  Either way – they’re intended to increase living space, provide windows for views, light, and add architectural elements to the front of the house.

Maybe they’re ‘segmental’ as seen above.  The roofs of these will be up-slope which i can’t find any examples of online.  We chose this because the house is mainly viewed from below and had such overbearing roofs, that the up-slope is like a ‘get off my back’ punching gesture to break through.

The slope is seen in the photo at right.  We also flattened the top portion of the lower roof, so it’s flat right outside the dormers.  That was another move to reduce the dominating roof.  The views from the dormers include Tiburon, Angel Island and even San Francisco from some angles.

Not a bad view to wake up to…

The side of house was extended out to create a continuous gable end, instead of being split like it previously was. 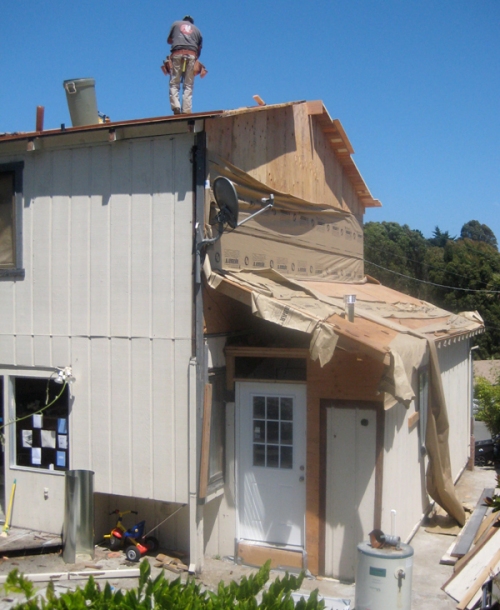 The roof came off during a surprise late spring rainy period which was an adventure for the homeowners (who are camping inside during the project).  More to come!